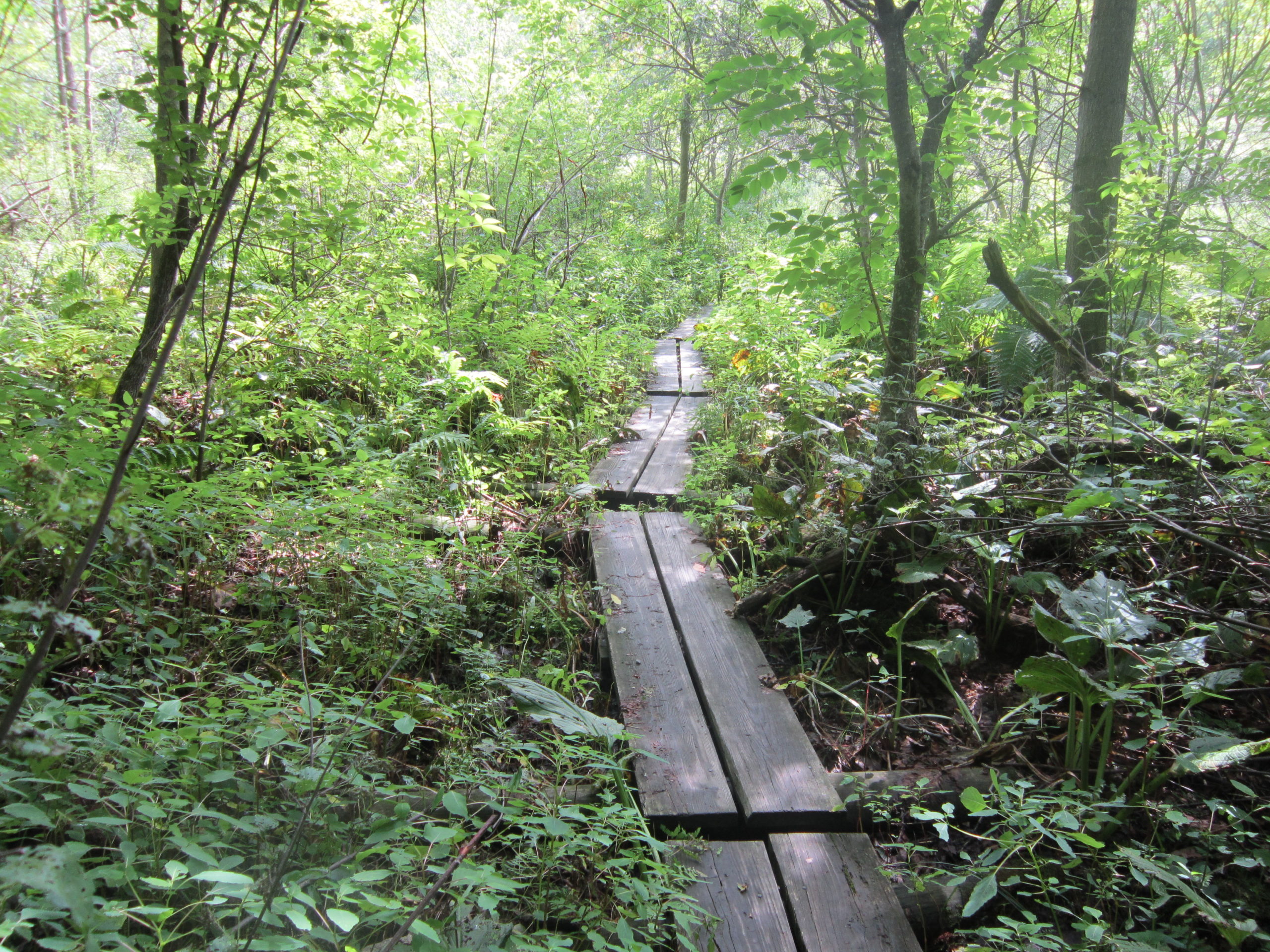 Do you feel stuck, lost, or like you are just going through the motions of life because you haven’t found your passion?

Today, I’m going to tell you the secret to finding your passion.

And this time, I think I will actually use a parable of sorts.

I always liked Aesop’s fables.  And the moral of the story is…  (imagine a drum roll)

Once upon a time…

There was a man named Jack who did not know what his passion was.

There were many things he enjoyed doing, but none of his various interests truly fulfilled him and he quickly grew bored with each one.

So, he began a journey to find his passion; searching far and wide.

He visited many villages, talked to all the local wise men and women, and sought out everyone who had already found their passion.

These people were happy, healthy, wealthy and fulfilled in the simple joy of following their passion.

But though they had found their own passion, they could not help him.

All they could tell him was to look within and do what made him the happiest, which didn’t seem to help Jack at all.

If it was that simple I would have found it by now, thought Jack as he continued down the road.

Then one day, while traveling from one village to the next, he came across a rabbit sitting on the road.

He wasn’t really paying attention to where he was going, and so he didn’t see it at first.

When he finally did see the rabbit, it was so close at this point, that he was surprised that the rabbit didn’t move.

It kept looking at him and then turning its head to the bushes.

This was strange behavior for a rabbit he thought.  So he decided to take a look at the bushes.

Jack moved aside some branches and saw a red fox crouched under the bush.  The fox kept looking from him to the rabbit on the road, but the fox didn’t move either.

Even more bewildered, Jack clapped his hands together and even shouted to try to get either of them to move, but they only pricked their ears at the noise without moving another muscle.

“They look like they’re stuck,” he said to himself, and sat down to think about what to do.

Then he wondered,why should he even care?

He could just keep walking on by, but something about the unnaturalness of the scene bothered him.

This doesn’t make sense, there must be something wrong here, his mind reasoned.

I’ll just pick up the rabbit and carry it down the road, he finally decided.

Then once it’s away from the fox, it won’t be so scared and it will run away.  Once the rabbit is gone, the fox will have no reason to stay and it will leave too.

Proud of his inspirational idea, he walked over to the rabbit and bent down to pick it up.

As soon as he touched it, it disappeared!

Startled, he jumped back.

When he regained his wits, he went to check if the fox was still there. It was gone too.

After a few curses and telling himself that he must get some food in him, because he was now seeing things, Jack continued down the path.

He tried to forget the entire incident as he walked to the next village on his journey.

After a few more hours of walking, he came across an old cabin with smoke coming out of the chimney.

Jack was surprised it was still standing.

One wall was dangerously slumping, and it didn’t look like there was a single shingle on the roof that was still in one piece.

He knocked on the door and an old man answered.

When he explained that he was on a quest to find his passion the old trapper looked at him oddly and suggested that he might want to come in and sit down with him for a bit.

As he entered the cabin he noticed that the cabin looked even worse on the inside than it did on the outside.

He found a chair that the old man absently waived at and gingerly sat down, not sure if it could hold his weight.

“Alrighty,” said the old man once he had plopped down onto another dubious piece of furniture. “So what’s your problem sonny?”

“I’m trying to find my passion,” explained Jack.  “I just can’t seem to find my joy in life, a direction, and a purpose.”

“Oh really,” said Jack.  “I suppose you’re going to tell me to look within and find what makes me the happiest.”

“What?” asked the old man absently, as if not really paying attention.  “Why would I tell you that bit o’ rubbish?”

“That’s your problem. Too much thinking.  It’s really very simple when you come right down to it.  All you have to do is decide which you want, the rabbit or the fox.

“Doesn’t really matter which, but until you do they aren’t going anywhere”, he continued as his attention moved to a piece of broken candle he suddenly found on the floor next to him.

“I did see a rabbit and a fox on the road as I was coming into town,” offered Jack.

“And, which one did you choose?” asked the old man.

“Well I tried to pick up the rabbit, and then they both disappeared,” replied Jack.

“Pick it up!” exclaimed the old man, startled as he dropped the piece of candle he had just picked up.

”What did you do that for?  Were you going to give it to the fox?  Maybe eat it yourself?  Or maybe take it home as a pet?”

“No,” said Jack.  “I just thought that if I moved it down the road, it wouldn’t be afraid of the fox and it would then run away.”

“Oh, I see.  So you tried to save it,” said the old man with much less enthusiasm.

Apparently, his momentary interest in the conversation was quickly losing ground to a brightly colored bug crawling up his shoe.

“From you of course”, said the old man, “Or from the rabbit I suppose,” he added as an afterthought.

“You’re not making any sense old man,” berated Jack.  He was quickly losing his patience.

Maybe this conversation was going somewhere after all thought Jack.

“Wow!  Really?  That fast?” asked the old man a little shocked.  “It took me three days the first time I saw them.”

“Alright,” Jack began, with resignation obvious in his voice.  “Which did you choose?”

“Me?  Why I chose to kill the fox,” the old man said as he tilted his head to better hear a bird singing outside his window.

“Why?” asked Jack, a little surprised.

“More meat than a rabbit I figured, and a hide that was worth something.”

“You killed it?” asked Jack.

“But you just said…” began Jack.

“I said I chose to kill the fox, but he disappeared just like your rabbit,” the old man clarified.

“You said that that was the first time you saw them.  I take it there were others?” asked Jack.

“Oh, countless times over the years,” replied the old man while waving his hand as if swatting at a fly that only he could see.

“And what did you choose the other times?” asked Jack, quietly noting the increasing lack of relevance of this discussion to his original question.

“I tried all sorts of things.  One time I even left food for each of them on my way to town.”

“And then,” prompted Jack.

“I came by the next day, and they were still there, but the food was gone,” said the old man.

“Well I thought so,” the old man continued.  “So I did it again and waited to see.  Turns out, a chipmunk ate the food I left for the rabbit, and a vulture ate the meat.”

“Not really,” continued the old man.  “I just got tired of waiting.  Now whenever I see them I just do something to one of them and they disappear till next time.”

“OK, well foxes and rabbits aside; can you tell me about how to find my passion?” asked Jack.

“Simple,” replied the old man.  “It just depends on whether you choose the fox or the rabbit.”

“But I just said…” began Jack.

“I know what you said,” countered the old man.  “Your mouth works fine, but your ears aren’t too good.”

“So I just have to choose,” reasoned Jack.

“Yep,” said the old man.  “Just choose.  In the end it doesn’t matter what you choose.  Get creative.  Both the rabbit and the fox are illusions.  Only the choice is real.”

“What if I make the wrong choice?” asked Jack.

“There is no such thing as the wrong choice,” said the old man as he got up and walked to the window.  “And, there are no mistakes either.”

He turned his head, looking back at Jack, then continued.

“You see, every choice you make will always lead you to your next choice, and every choice is a gift that you wouldn’t have received if you hadn’t made the choice that led you there.”

“What if I don’t make a choice,” asked Jack, suddenly looking for a way out.

“Well, nothing will change until you do,” replied the old man.  “You will continue to get what you have always gotten.

“If that suits you then fine, but if you want to make a change in your life, if you want to find a direction, a purpose, or a passion, then you need to start by making a choice.

“Choices are like the wind in your sails.  They will take you where you want to go, but you can’t steer a boat that isn’t moving.”

Suddenly, Jack understood.  Purpose and passion are not static things that once found or achieved, would direct his future choices.

Rather, it is through the continual process of making choices, that he would discover what ignites his constantly evolving passion, and in turn, illuminate his own unique path of joyful living.

(Imagine a flourish of hands overhead as I take a bow.)

I always liked the tried and true old wise man in the woods routine.

It may not have been an action filled story, but I think you get the point.

In life, you are always faced with choices.

Some are small and some are HUGE, or at least they seem that way at the time.

If you don’t choose something, anything, you’ll never get anywhere; unless someone comes along and makes a choice for you, but that usually doesn’t work so well.

Finding your passion is a process of making choices, experiencing the results of those choices, and using those experiences to clarify your next choice.

The more choices you consciously make, the more quickly you will find your passion.

So, what choice are you going to make next?